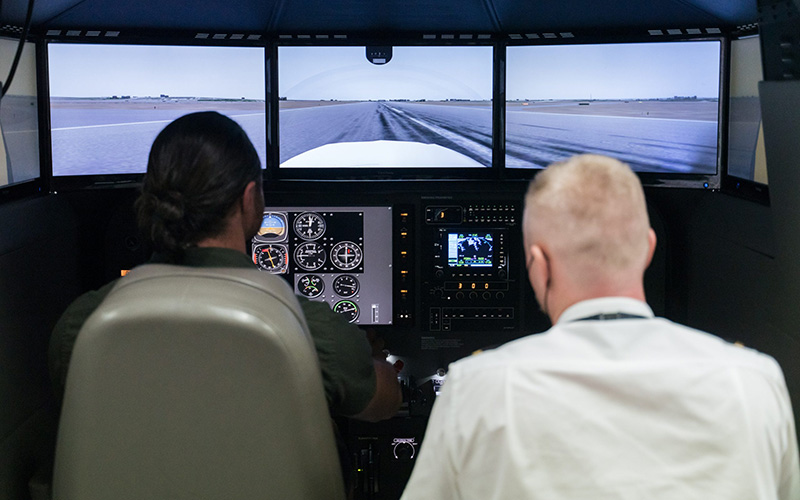 Is the primary simulator available at Basair training school. It is a modern design simulator capable of simulating anywhere around the world, variable weather conditions and BASAIR aircraft inventory. The CASA certified simulator is used throughout the student training syllabus to expose the student to procedures for both normal and emergency operations in a controlled environment. It is here that a student builds the learning blocks to critical procedures in order to use them in a real-world scenario. The simulator is approved for and is extensively used for multi engine training procedures, instrument flying and night flying. Our simulator features multiple display screens to give a 160o field of view, a replica cockpit of which any aircraft can be simulated to provide realism, hydraulic jacks to simulate load forces and turbulence on the aircraft. The simulator room is a wide open area which allows other students to observe and gain experience, the instructors station also provides a birds eye view of the flight and a recording of the flight track – this is essential in providing direct feedback to the student so they can see what they can improve on and what they have accomplished. 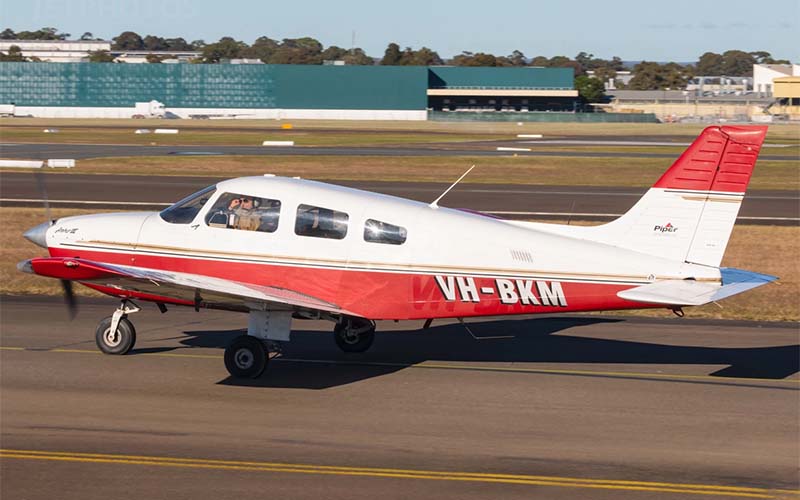 The Piper Archer is one of two major pillars of the Piper Aircraft Company, the other being the Piper Warrior. Both aircraft have a long standing pedigree in the General Aviation (GA) community for their reliability, ease of maintenance, versatility and availability. The Piper Archer first model was introduced in 1972 and the production line has not stopped. At over 32,000 units built, the Piper Archer is popular amongst flight schools and private owners. For flight schools it provides a versatile training aircraft which can have equipment installed and certified to fly in syllabus training for recreational pilot license (RPL), private pilot license (PPL), Night visual flight rating (NVFR), private instrument flight rating (PIFR) and the single engine command instrument rating (SECIR). The aircrafts features a Lycoming built 180HP, four cylinder horizontally opposed carburettor engine and air cooled piston engine. The cabin seats four people, depending on loading limitations, including the pilot with baggage area behind the second row of seats which can hold 100kg worth of luggage. The aircraft has two fuel tanks, one in each wing, which holds 93 litres of aviation grade 100 Low lead fuel – this gives the aircraft the ability to switch tanks and extend its range compared to a single tank. Depending on variables such as wind, temperature and barometric pressure and the management of the engine – the aircraft is capable of 522 nautical miles of range or 967km. The cruising speed of the aircraft, in the right conditions, can reach 125 knots or 230 kph and can land in fields as short as 600 metres. The airframe is primarily made of metal, with a tricycle landing gear designed and features oleo or pneumatic pistons to cushion even the bumpiest of landings. The cockpit tools available to the pilot include modern autopilots capable of holding direction and altitude, electronic display, Australian instrument certified Global Positioning System (GPS) and Automatic Dependent Broadcasting Surveillance (ADS-B) modern transponder. 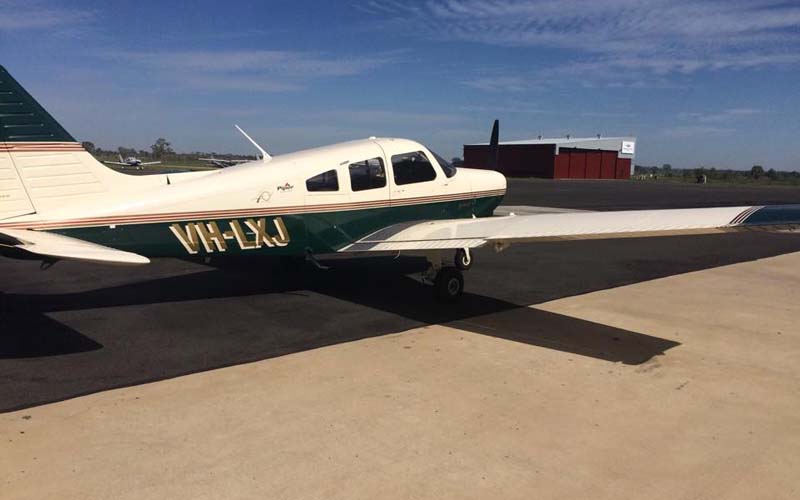 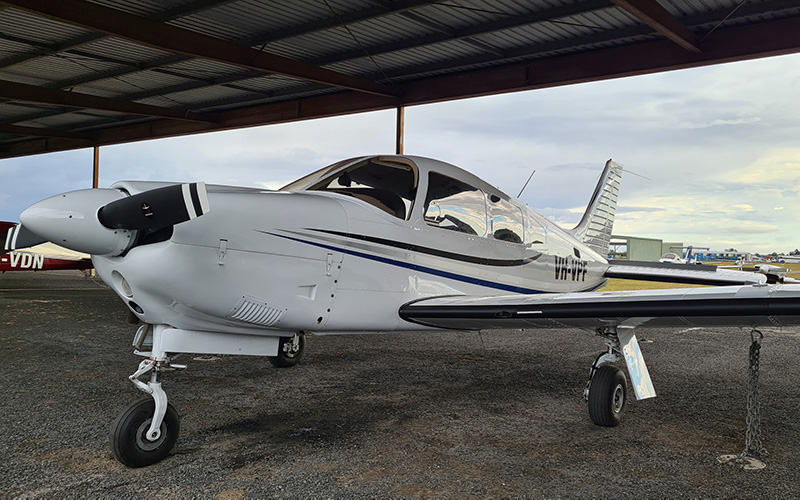 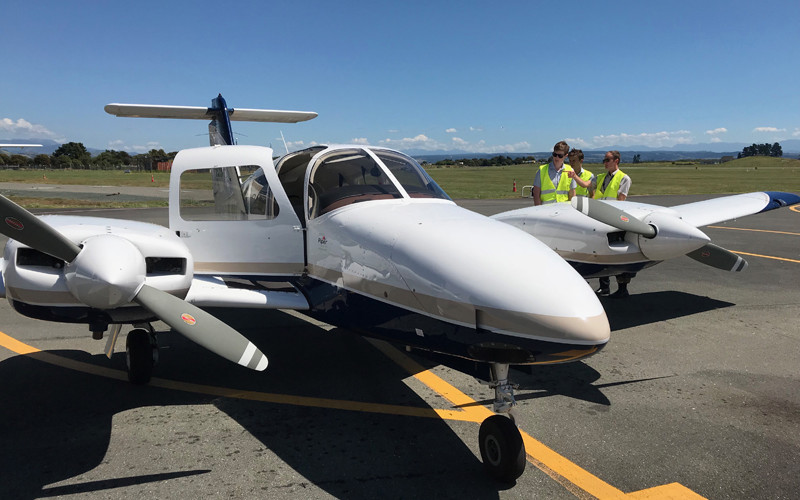